Dollars to donuts this will be the word of the year for Oxford Dictionary ! Let’s keep track of all the “Alternative Facts” from the Trump administration ! 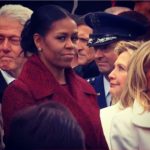 Women’s Marches in Protest of Trump !

Womens march  in a city near you this saturday

Protests on the Inauguration !

The one thing that Donald Trump knows and believes in are tv ratings. Therefore, we are calling on everyone to boycott the inauguration. Do not watch it on tv, on the internet, listen to it on the radio, etc. Of course, no doubt he will say the ratings are rigged – but let’s stick together – all of us and let us know how displeased we all are !
MZM

Well, the last ditch Electoral College flipping effort went nowhere. So at the end of the month, Donald Trump will be sworn in as president at an inauguration that, I don’t know, RATT will play at. Take a little time to consider the idiocy of it all, but don’t forget that the actual work of resisting a Trump presidency begins now. To help you along with that, here are a few actions you can get involved with in January:

Bridges and Powerlines, The Aye-Ayes, Stereo Off Planned Parenthood/ACLU Benefit
Planned Parenthood and the ACLU will be two groups in need of your help during the coming wave of repression of both reproductive and free speech rights. Helping them out can be more fun than filling out an online donation form though, and in the first of many benefits for both organizations this month, you can listen to some good old fashioned indie pop live while also getting a nice warm feeling in your chest knowing that the proceeds from the show will be split between both groups.
$8/$10, 8 p.m., January 6th, Union Hall, 702 Union Street

Bystander Intervention/De-escalation Workshop
Did you miss last month’s class on what to do if you see someone getting harassed on the street? Lucky you, here’s a second chance to learn from the same organizer, Rachel S Blum Levy. Like last month, you can learn the four D’s of intervention: direct, distract, delay, and delegate, so that you can help out your fellow New Yorker without having the situation devolve into violence and chaos. Just make sure you RSVP, people are real interested in this for some reason.
FREE, 6 p.m., January 7th, SOHO20 Gallery, 56 Bogart Street

Day Against Denial
Denial…it’s not just a river in Egypt! It’s also a shortsighted worldview that puts profits ahead of human survival as people say “Well if it’s snowing I sure can use some of that global warming” as if it’s funny or original. Climate justice organization 350 is sponsoring rallies against Trump’s Cabinet picks who are friendly to Big Oil, like Rex Tillerson and Rick Perry. Here in NYC you can either join up with crowds putting pressure on Chuck Schumer in front of his Park Slope home, or get slightly less personal by rallying outside of the Manhattan office he shares with fellow New York Senator Kirsten Gillibrand. Either way, the message will be the same: keep climate change skeptics and deniers out of the decision-making process.
FREE, 12:30 p.m. (Manhattan rally) or 7 p.m. (Brooklyn rally), January 9th

ResistTrumpTuesdays: Senator Schumer: Resist Trump
If you can’t make it out to the rallies against Trump’s Cabinet picks on Monday, there’s also one on Tuesday. This march, from Grand Army Plaza down past Schumer’s home, will be less focused specifically on people like Rex Tillerson and more focused on a general message of telling Schumer to keep that spine he seems to have found.
FREE, 6 p.m., January 10th, Grand Army Plaza

Decolonize the Resistance
On the other hand, maybe you aren’t a huge Chuck Schumer fan and instead of rallying on his turf to let him know you want him to stand strong against Trump, you just want to tell him to get out of the way and let more marginalized people take the lead. In that case, there’s this other march that’s also going from Grand Army Plaza to Schumer’s home that’s happening in order to let Schumer, and the people putting their faith in him, know that it isn’t just Trump and Schumer who are the problem but that “white supremacy, patriarchy, capitalism, and imperialism are the problem.”
FREE, 6 p.m., January 10th, Grand Army Plaza

NASTY WOMEN Exhibition
Put the claim that a Trump administration will mean there’s some great art to the test at this four day art exhibition featuring “artists who identify with being a Nasty Woman in the face of recent and ongoing threats to women’s rights.” Self-identifying nasty women are invited to submit artwork to the show to be sold for $100 or less, with all the proceeds going towards Planned Parenthood. While the exhibition will be free during the day, Friday and Saturday nights will feature concerts that benefit the Callen-Lorde Community Heath Center and the New York Immigration Coalition on Friday and Girls for Gender Equity and SisterSong on Saturday.
January 12th – January 15th, Knockdown Center, 52-19 Flushing Avenuenockdown Center, 52-19 Flushing Avenue

Mr. Trump, get real: You can’t have it both ways. You cannot be President of the United States and simultaneously own a worldwide business empire that must deal with foreign governments to be successful. Choose the role that’s most important to you.”
~Robert Reich

I for one agree with Robert Reich. AND I am still waiting for him to release his tax returns so we know where all the conflicts will be !
MZM

Russian influence in the Presidential Election? Anyone surprised about Rex Tillerson??

We were told, over and over again, prior to the election, that the Russians had been hacking the DNC. Many were thrilled that all of Hillary’s secrets would be released. People relished this idea. A certain candidate encouraged them to continue hacking and find missing emails (see D. Trump). Did anyone out there really think that it was only the DNC email database that was hacked? Shep Smith (Fox News) just called out Donald Trump’s lies about Russian election interference on Fox News. “It was brought up before the election. Over and over and over again.” So, now that this information is finally out there, by a source the Republicans consider legitimate, is anyone surprised that Rex Tillerson is Trump’s pick for Secretary of State. Today, on Russian news, the American people were thanked for the Christmas gift we just gave the Russian people in the package of Rex Tillerson. Not only is Trump in the pocket of the Russians, Tillerson is THE pocket of the Russians. THE MANCHURIAN CANDIDATE??? And today, Trump met with the high tech corporate leaders. I’m sorry, Trump and his children ! I thought his boys were going to run his companies – why are they in this meeting??? Did anyone vote for his 3 eldest children or his son in law? NEPOTISM?? There is a 1967 law – the Federal Anti-Nepotism Statute, that was enacted in part because President John F. Kennedy appointed his brother Robert Kennedy to the position of Attorney General. So, I guess it must only be a law that was enacted to keep Democrats from hiring their family members. Seriously people. It is time for you to reach out to your Senators and Congresspeople. This needs to be stopped before it gets started. We ditched King George III in 1776 we do not want King Donald in 2017 !

Set in 1969, this tv series is about the struggle of women in being treated fairly in the workplace. We are still not there yet – we are still paid less than men for doing the same job. But, if you want to see how far we have come – watch this series.

Anti-Semitism at US College Campuses – increase with news of Trump Win !

The Israeli Knesset passes a law barring boycotters from entry into Israel.  Now, if those boycotters really do believe in their BDS movement they will also stop using all of the advancements coming out of Israel including hi-tech and medical !  Good luck with that !

If you are concerned about some of the hatred that people now feel emboldened to act on – check this link.  I will continue to post these links in forum moving forward.  The only way to fight hate to to be aware of it and acknowledge it for what it is.